The Old Passage: Seafood at its best

We live no more than 15 minutes away from the Old Passage at Arlingham, but it feels like a different world. A distance from the restaurant the GPS announces that we’ve arrived, yet there’s plainly a way to go. We drive on a very straight road for another mile to where the Old Passage is located on the banks of the Severn River. 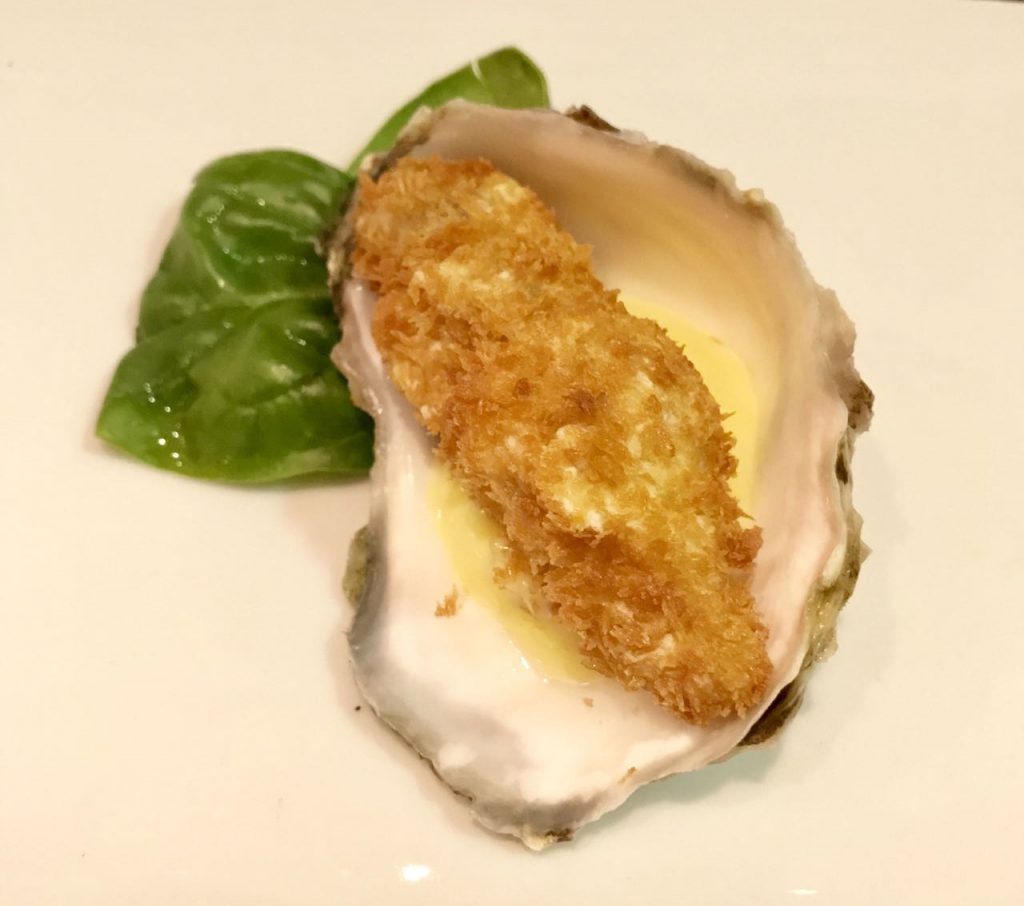 A ferry across the Severn to Newnham was in existence hundreds of years ago. Up until the Second World War the ferry continued but as the river silted up, passengers often had to be transported on the backs of the ferryman!  Understandably it became less and less used and eventually ceased to operate.

In much more recent times, the Old Passage restaurant was a disco apparently complete with black walls. Now it is white washed and very much at one with the landscape. The interior is welcoming with well spaced tables with artwork from local artists on the walls.

The restaurant celebrating its 10th birthday under the current owner and it fittingly won the Best Seafood Establishment – South category at The 4th annual Food Awards England in October 2017. 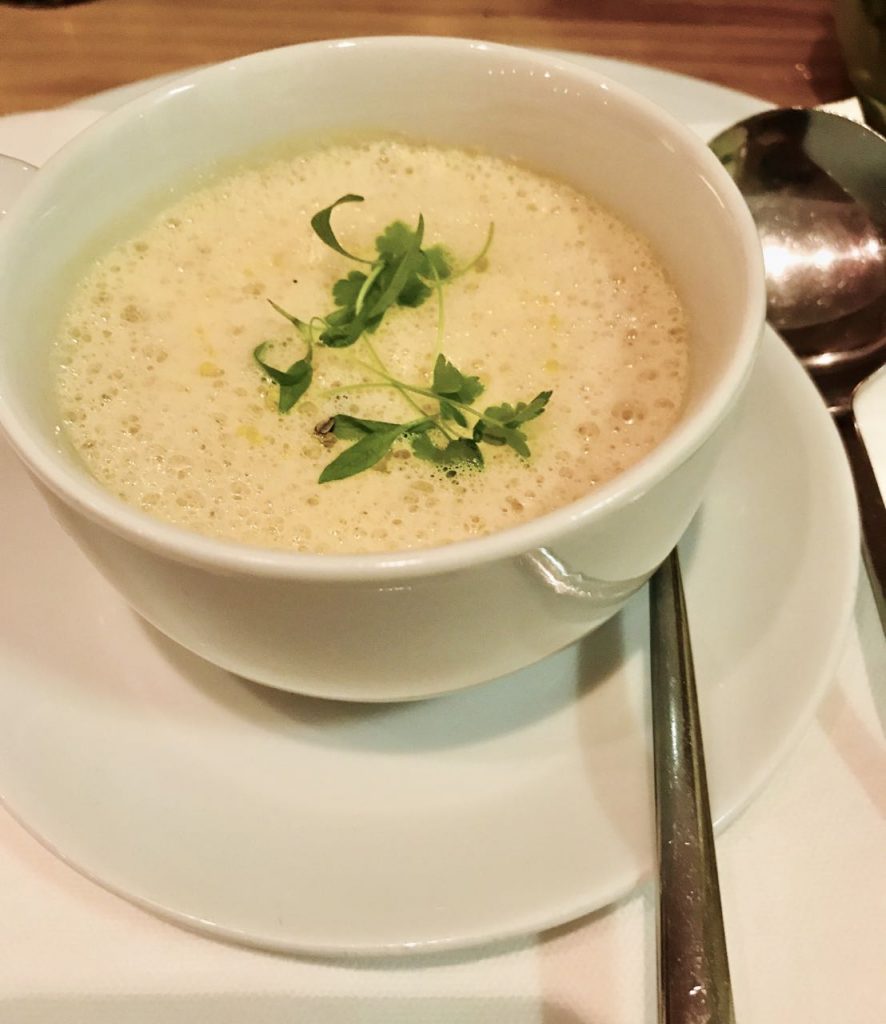 The Old Passage is renowned for its Severn Bore Breakfasts. The one this December has been booked solid since last Easter. The Severn Bore is an amazing phenomenon. With particular combinations of tides, a large surge wave is formed and funnelled up the estuary and can be up to 3 metres in height. It travels rapidly upstream at speeds up to 9.5 kilometres an hour.  Note to self to book early next year! 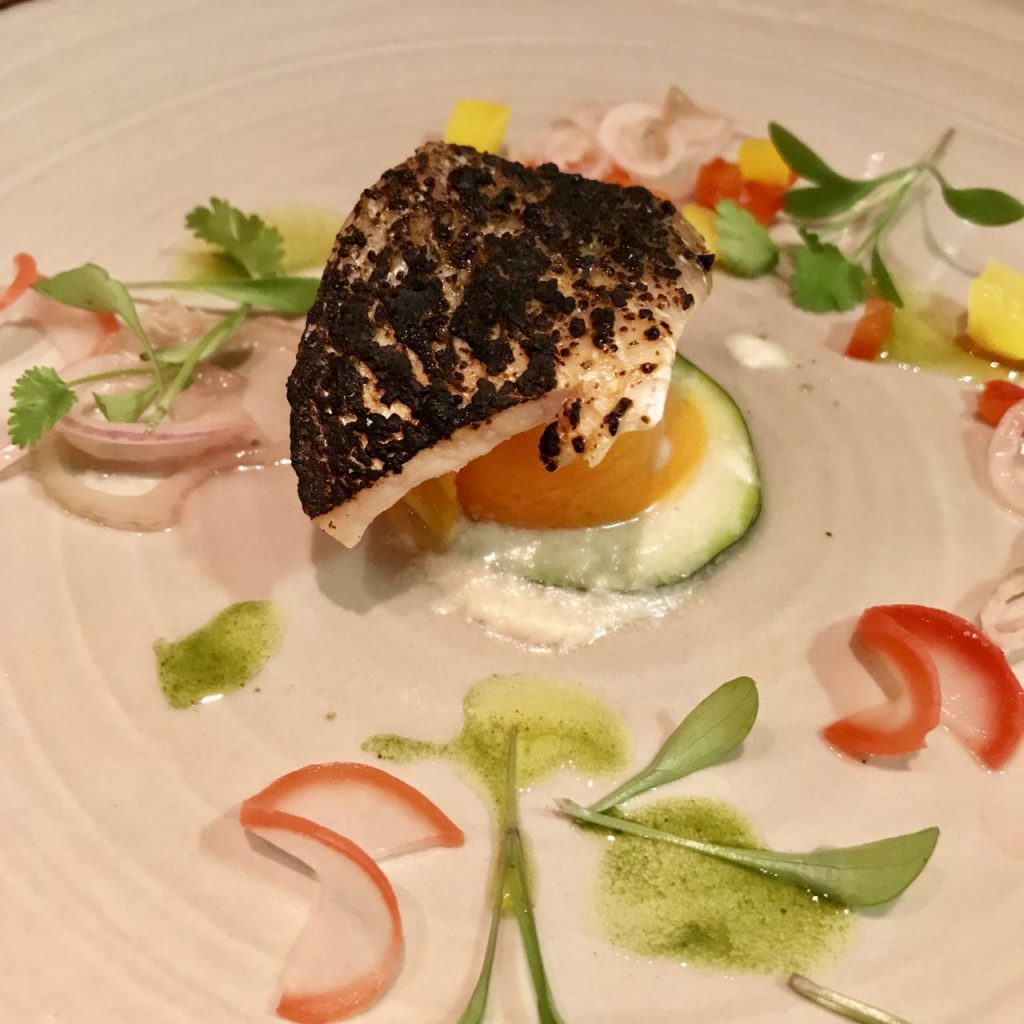 We are ready to experience the 7-course tasting menu. Recently at a Michelin starred restaurant near Marlborough, we’d alerted them that my husband is allergic to oysters. He got some kimchi as substitute! Here, the substitution was excellent: crispy squid with mango and passion fruit sauce. I tucked in to the crispy oyster. 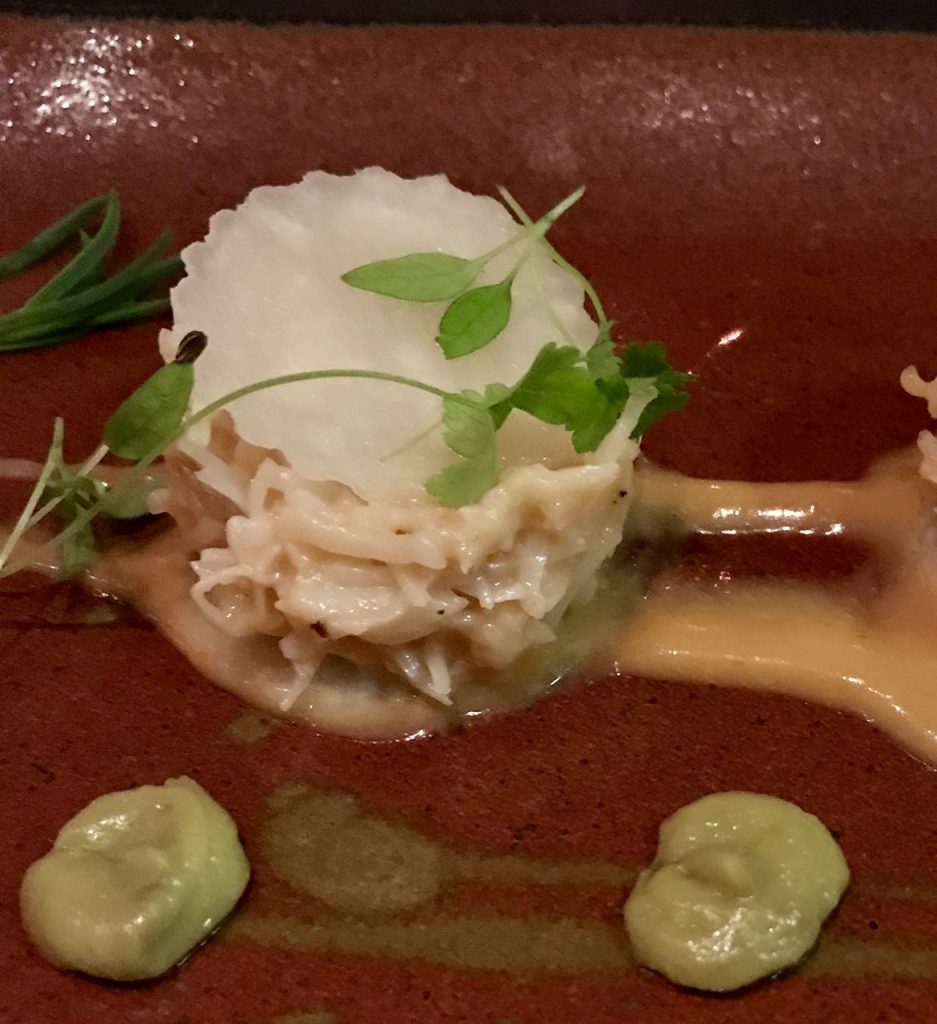 Crab and Kohlrabi – a refreshing combination

What followed was the perfect seafood menu with plenty of flavours and textures. By the end, were desperately trying to decide which were our favourite when quizzed by our waitress (who is also granddaughter of the owner and their newsletter writer).  All of them apparently doesn’t count! It was very difficult to choose between crispy squid and silky smooth bisque or the freshness of the crab and kohlrabi. Suffice to say we throughly enjoyed our meal.

The final course was duck (strangely) which was delicious. But I really could have stopped at the last fish course. 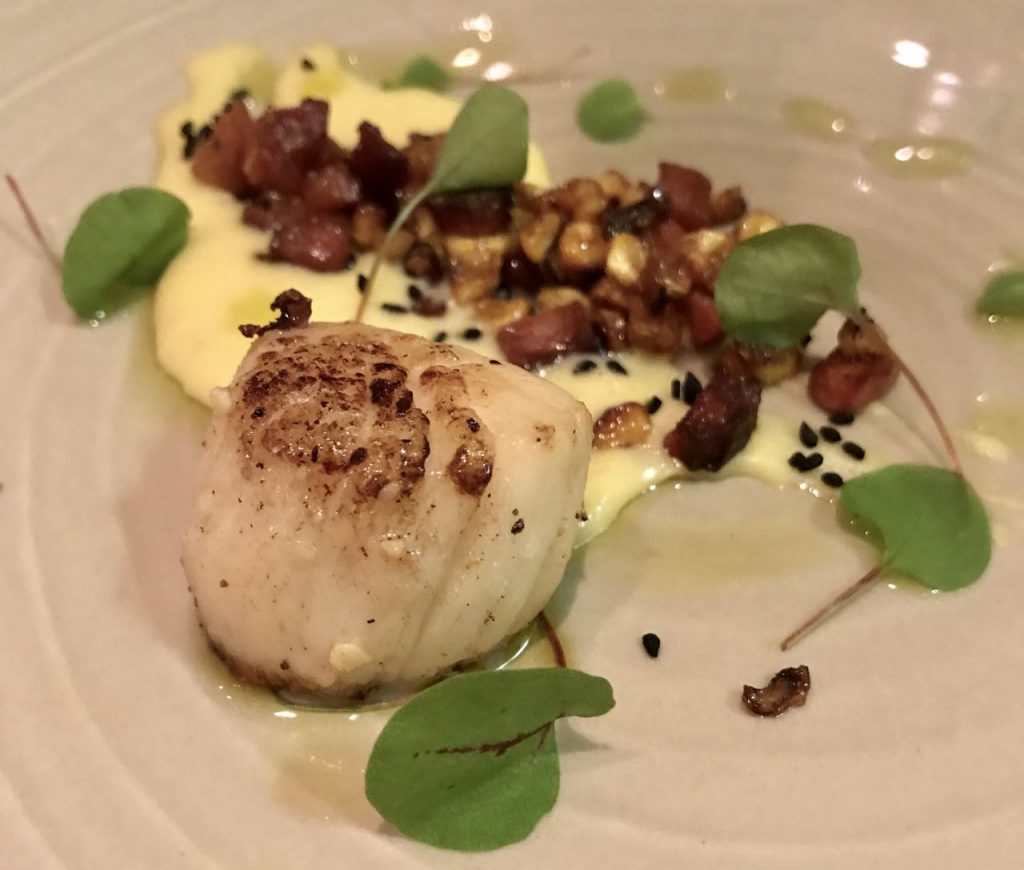 Desserts are extra. These are accomplished but I’d suggest it is the fish dishes where chef John Lane’s considerable talents lie. 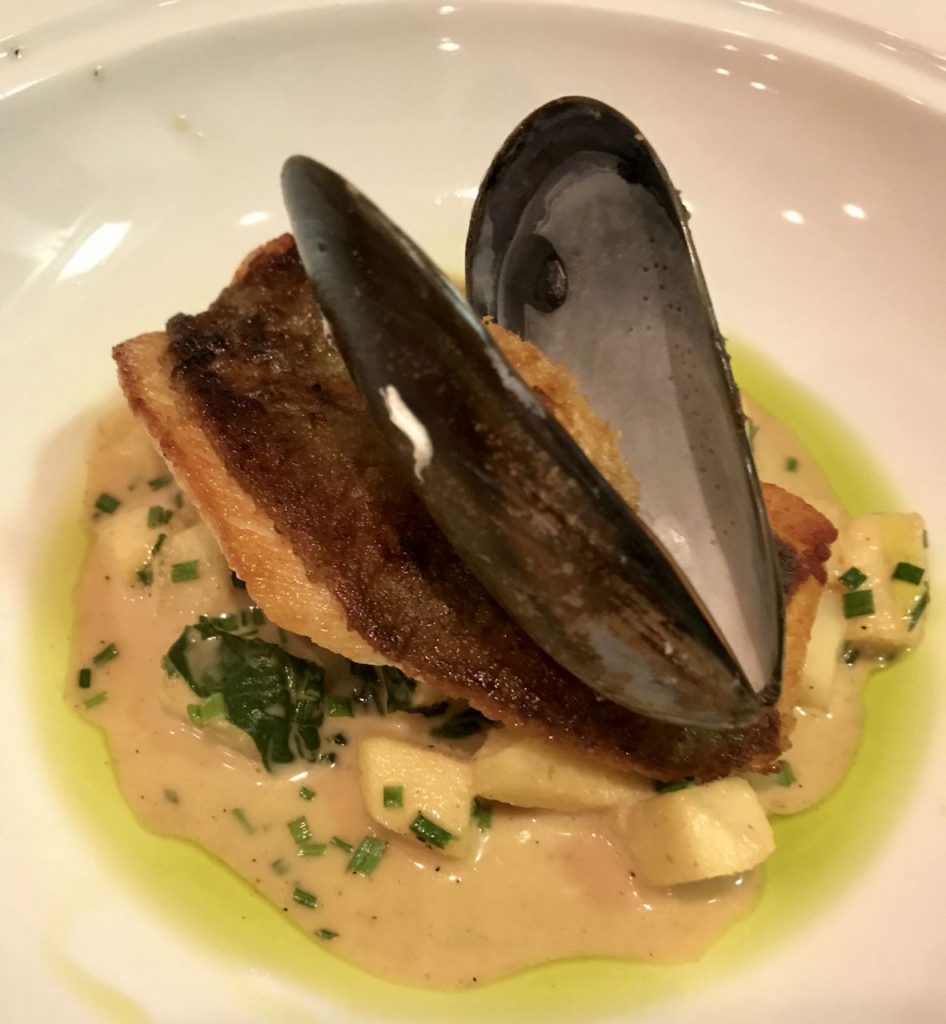 John Dory with cider and apple sauce. I could have eaten this for ever! 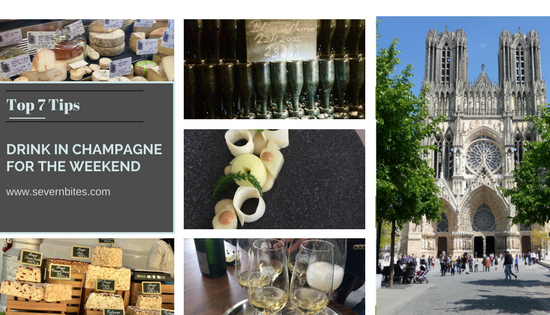 Drink in Champagne for the Weekend 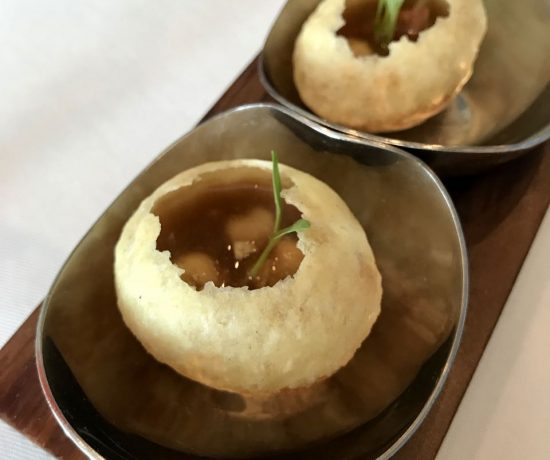 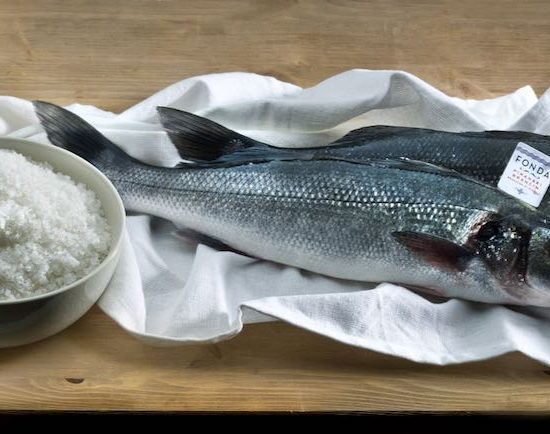 Raising the best farmed fish in the world

If I have learnt one thing, it is that I can teach breadmaking remotely. A beautiful loaf from Antony

A virtual feast? I should say so. On Friday night we joined 1500 people across the country for @belazu_co #belazufeast to help raise £57000 for @chefsinschools_uk . Ingredients delivered by @wellockshome for us to cook 6 courses with 6 chefs. It was fast… https://instagr.am/p/CA2WaCEjwXO/