Sharing Grandma’s recipes at Cheltenham Festival of Food and Drink

I recently chatted with Jamie Williams who is creating the chef demonstration kitchen for the Cheltenham Festival of Food and Drink. I began wondering what it’s actually like as a chef, to go into a new kitchen and not only cook but describe what you are doing to an audience. 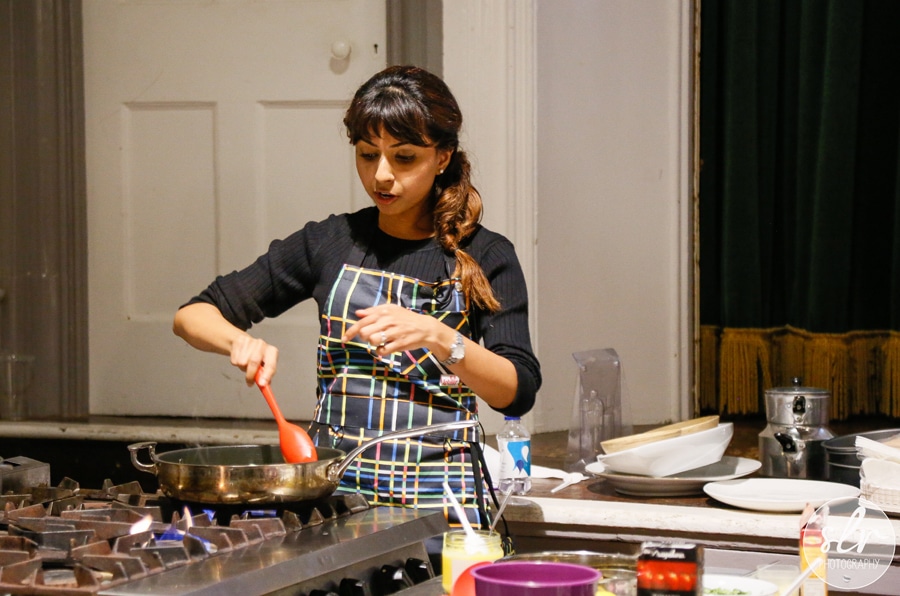 How about seeking out one of the chefs who will be using the kitchen?

I am particularly looking forward to watching this chef’s (or as she prefers cook’s) demonstration. Anneeka Ludhra has uncovered a wealth of recipes from British Indian grandmothers, starting with her own Dadima – her maternal grandmother which she will be sharing with us. More of that later. First I asked her how she prepares for a demonstration.

In the demonstration kitchen

Recently, I’ve watched a few chefs tackle an induction hob at festivals – some more successfully than others. Cooking on an induction hob is such a different technique to gas or electric. For one thing, you need to keep the pan on the hob the whole time for it to heat.

Anneeka doesn’t leave this to chance. She needs a specific type of pan for an induction hob. Whilst pans are provided at festivals but will they suit her way of cooking? To make sure she always brings her own.

As soon as she arrives at a festival she heads for the demo kitchen. She spends as much time as possible in the kitchen before her demonstration to “nest in”. Finding out what goes where, how each appliance works and whether anything the needs is missing. Ready for her 45 minutes on stage. 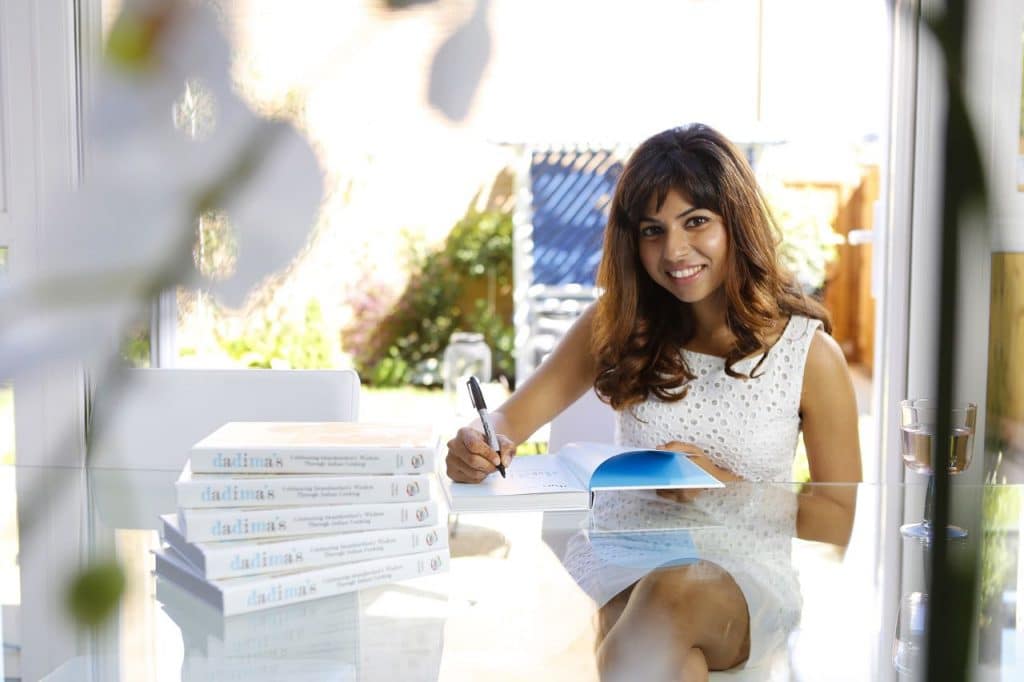 But even using her own pans doesn’t always work as planned. Recently she found that the onions she was cooking were sticking to the bottom of her pan which they never usually do. She laughs as she describes trying to juggle sorting the problem out and appearing perfectly in control to the audience. It can happen to the best cook!

She intends to feature her Dadima’s bhaji which she explains is quite different when made at home. Her recipes are deliberately accessible and will be easy to reproduce at home. 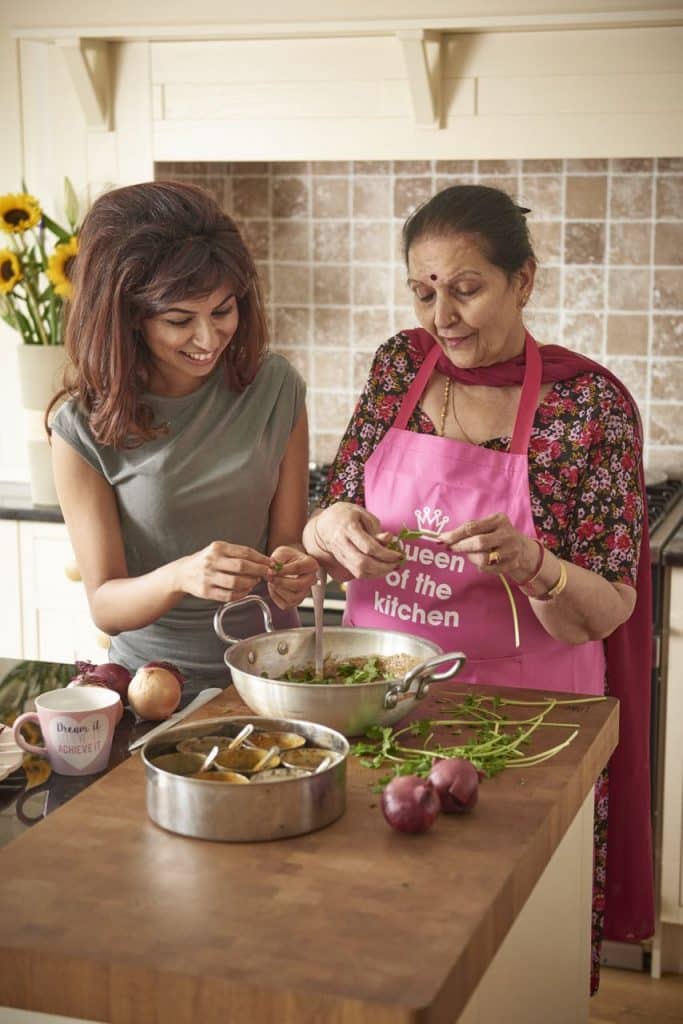 Anneeka grew up with a large extended family and lived with her Grandmother in her early years. Her grandmother was a great storyteller sharing stories as she cooked on life in India, how she learnt recipes from her mother-in-law and what life was like when she came to Britain

Later, Anneeka wanted to ensure that the stories and recipes were not lost. Realising the wealth of traditional recipes that her Grandmother had, she wondered whether she could persuade other Dadimas to share their own recipes as well. Luckily she was sufficiently persuasive and the result is her recipe book Dadima’s featuring seven grandmothers and their traditional recipes.

Anneeka has many more stories and recipes, so who knows there may be a second book! 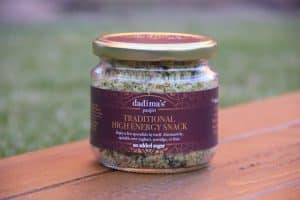 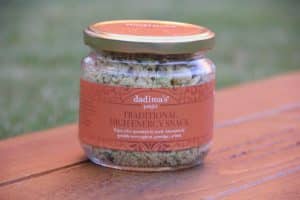 with or without sugar

I am intrigued by the panjiri she has recently started selling. She’d often ask her Grandmother how to make this high energy snack which originates in the Punjab region of India. But, as is usual with Grandmothers, she’d just say “Come and visit me and I’ll make it for you”.

Eventually, with a little persuasion from Anneeka’s Dad, she finally decided to give up the recipe. It’s a cooked mixture which includes ghee, semolina and Ayurvedic seeds and nuts that is cooked slowly over half a day. (These are nuts and seeds that aid the digestion). The resulting mix  muesli in texture. I can’t wait to taste this. The panjiri is sold both with and without sugar.

Anneeka has a busy few weeks coming up. She is getting married, Dadima’s is really taking off and she’s launched Pajima! Don’t miss the chance to meet this vibrant cook on 15 June at the Cheltenham Festival of Food and Drink.

Order the Dadima’s book from Amazon.

Cheltenham Food and Drink Festival takes place from 15th to 17th June at Montpellier Gardens, Cheltenham. There are some excellent demonstrations lined up in the Chef’s Kitchen including foraging, and game among other great activities.

Tickets are reasonably priced at £7 on Saturday and Sunday 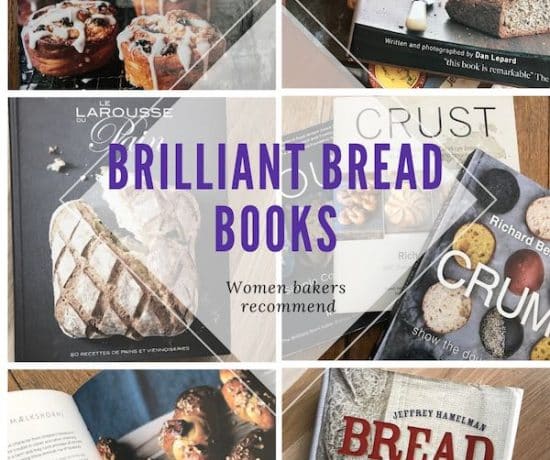 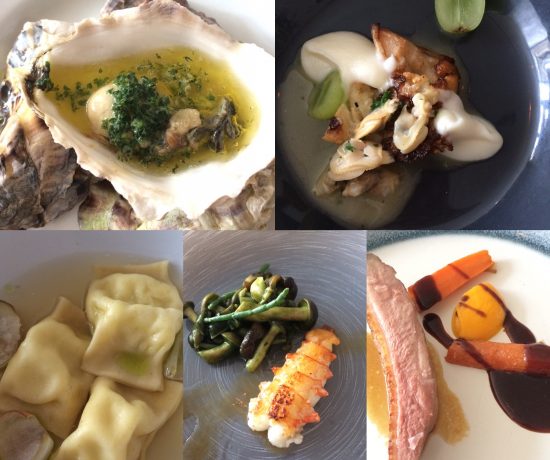 Lunch in Bristol, Bath or Tetbury? 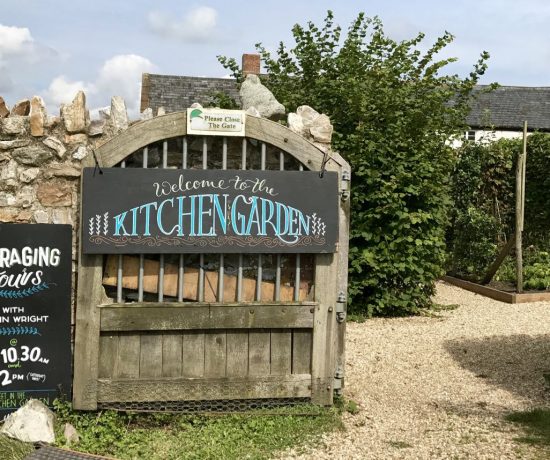 If I have learnt one thing, it is that I can teach breadmaking remotely. A beautiful loaf from Antony

A virtual feast? I should say so. On Friday night we joined 1500 people across the country for @belazu_co #belazufeast to help raise £57000 for @chefsinschools_uk . Ingredients delivered by @wellockshome for us to cook 6 courses with 6 chefs. It was fast… https://instagr.am/p/CA2WaCEjwXO/