In the hands of Ottolenghi, vegetables are transformed

Whilst taking part in a workshop at a science festival I discovered I am a super taster. Not someone who has superior taste but someone for whom bitter tastes taste more bitter than others which might explain my life long aversion to broccoli, cabbage  and swede. My mother used to try and get me to eat Brussel sprouts by calling them fairy cabbages with no success.

In recent years, I have pushed myself to try these vegetables when they have been included on menus. Thus I came to realise that it’s more about the skills of the chef rather than the vegetable itself. I enjoyed cauliflower at the now defunct Typing Room in London and even a broccoli puree elsewhere. My most recent success is swede at Ottolenghi’s Rovi restaurant.

First, imagine a coal baked vegetable – no I couldn’t really either. I am guessing the swede was cooked over a coal fire? The swede was then cut into the finest slices and served confit style with anchovy and blood orange. It was at the same time comforting and mouthwatering and very moreish. Head Chef Neil Campbell is using his experience at the Grain Store to great effect.

I have been trying to pinpoint exactly when Ottolenghi came into my life in 2008 perhaps as I have the Ottolenghi published then. People lucky enough to eat at his restaurant were raving about the fabulous salads.

Later, I attended a conference in London that took place near his Islington restaurant. I naively turned up thinking I could get a table. The restaurant was full to bursting. One of the wait staff took pity on me and squeezed me into a space in the middle of one long table. The food was amazing. I sat devouring it enjoying the discussions that were going on around me. This was different, something new.

Many years later, his recipes are my “go to” recipes. Sometimes I just use part of the recipe or combine two.  I’ve particularly enjoyed has been gathering new ingredients. I discovered small independent shops and Asian supermarkets selling all manner of ingredients. Many are now store cupboard staples. The long list of ingredients encourages me and never defeated me.

I suggest he can be credited with us eating more vegetarian and plant based meals or at least getting us to think about flavour for flavour’s sake, not whether the dish contained meat or not. It was some while before I realised that the Plenty Too cookbook had no meat or fish dishes in it. I simply enjoyed cooking from it.

The new Rovi restaurant is something of a curve ball. The emphasis is on wood fired food and pickles. Influences are taken from wherever the imagination takes him. There are Japanese influences, Italian and even hearty British cooking.

My delicious swede dish was just one of a menu featuring tasting plates. This was a menu where it was hard to choose what to eat. Due to my husband’s oyster allergy, it was suggested he avoid a couple of dishes.

Hogget (lamb) ribs were a revelation, soft yielding and rich. Hay baked Pink Fir apple potatoes tasted nothing like potatoes but some new sweet vegetable. The parsnip and pecorino bites were pure comfort food soft in the middle, crispy on the outside. Lightly battered herbs and leaves were beautifully crisp.

I love rhubarb but have never had it pickled. It waspaired beautifully with a creamy burata. The star in this dish was the tempura lemon. Definitely need more of those.

Desserts were fine, but after the savoury courses perhaps a little disappointing.

So, be brave, try the vegetables you don’t like. You never know what you’ll discover.

The first book I bought and one I still cook from often.

So many dishes have become staples on my menu. Vegetarian

I am not sure which came first, but there was a fascinating TV series introducing the cuisine of Jerusalem. This is the book that contains many of the recipes. This includes many more traditional Middle Eastern Dishes

In this book, Ottolenghi simplifies his recipes. This is the one for you if a long list of ingredients puts you off.

Read more about being a supertaster

Links go through to Amazon and a small percentage is paid to the blog. 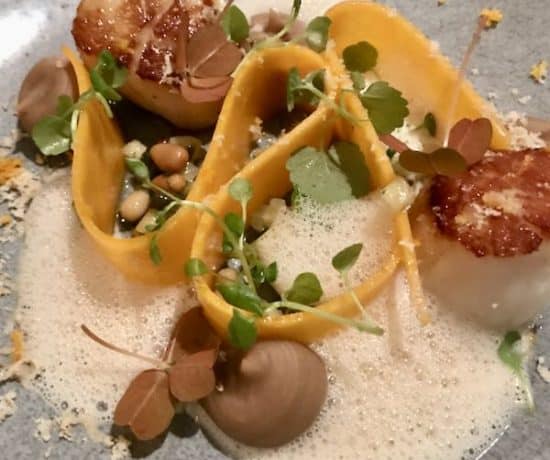 Eating out in Paris 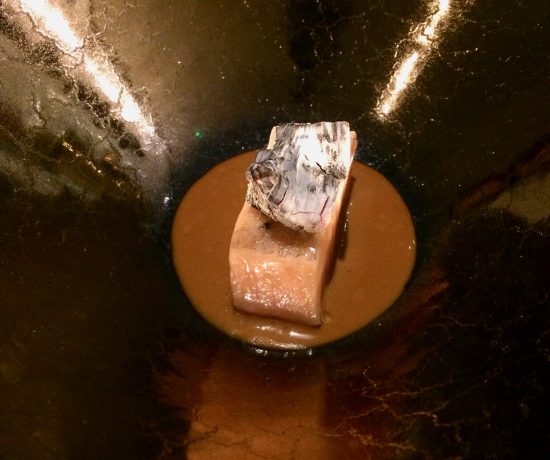 Casamia Bristol – My kind of dining