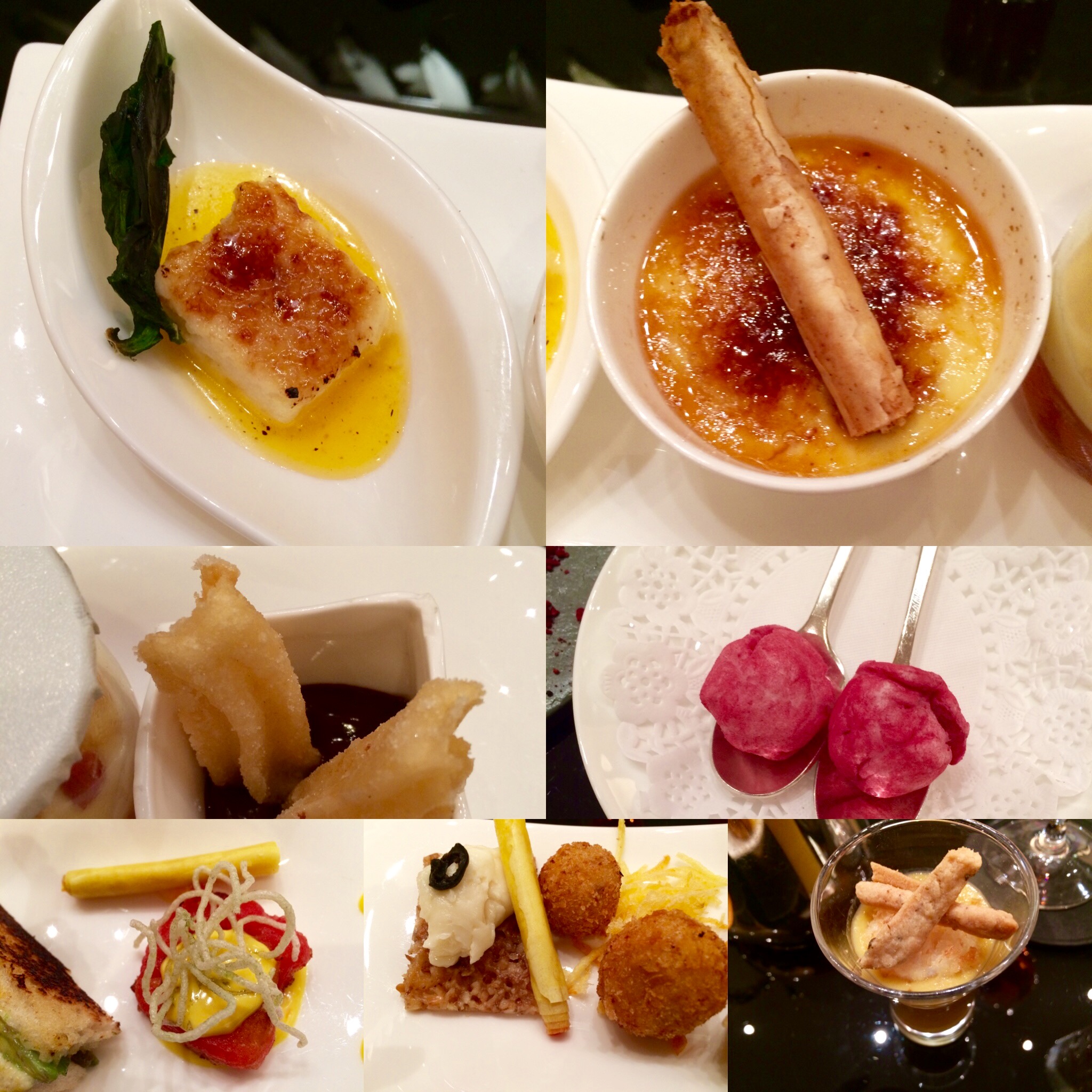 A journey to London by train from Edinburgh used to take us at least 4.5 hours. Now that we’re under two hours away, a day out in London is feasible. A couple of art galleries were on the menu, but what and where to eat before we returned home? Afternoon tea would hit the spot.

Do we have Anna Duchess of Bedford to thank for the introduction of Afternoon Tea as we know it now? Legend has it that in the 1840s, the Duchess, feeling hungry, asked for a tray of tea, bread and butter and cake be brought to her room during the late afternoon to stave off hunger pains. It wasn’t long before she invited her friends to meet and eat on a regular basis.

Scones, jam and cream feature on just about every afternoon tea menu. They are now often just one element of an elaborately presented tea featuring sweet and savoury items.

Whilst in Edinburgh I was involved in the launch of what became Edinburgh’s top rated afternoon tea at the Colonnades at the Signet Library. The work that went into creating the delicacies was both intricate and time consuming. The chefs even created a gluten free version which was equally as sumptuous as a standard tea. Over at the Sheraton One Square they were particularly adept at inventing teas with a theme such as Mad Hatters Tea party and a Gin tea. We became aficionados of afternoon tea

So how to choose an afternoon tea in London from all of those on offer? We first heard of the two Michelin starred Arzak when we visited San Sebastian in the Basque country. We enjoyed a fabulous lunch created by Elena Mari. In London, she and her father Joan act as consultants for the restaurant at the Halkin Hotel named Ametsa (dream in Basque) with Arzak Instruction.

Whilst our tea was not in the restaurant itself, it’s prepared by the same kitchen. A Basque afternoon tea? Why not? No cucumber sandwiches for us, we were going for afternoon tea with a bit of  Arzak flair created by head chef Sergi Sanz who has his own Michelin star

Afternoon Tea at the Halkin Hotel

First our choice of tea from a menu of green, black and fruit teas – Russian Caravan for him, Keemun Rose for me. We also plumped for two Sipsmith based cocktails, a tea Collins and Sipsmith gin with rose cava.

A afternoon tea should have a combination of great flavours, varied textures and look visually appealing.

First a shot glass of sweet corn soup with a quails egg and “soldiers” to dip. Then onto ourr plate of savouries or tapas  which ticked all the boxes .

We were instructed to eat from right to left. The king crab tempura was very flavoursome but could have been just that bit crisper.A cylinder of very, very fine pastry filled with red pepper was simple but so tasty. As we ate we discovered an avocado and pepper “toastie” – posh comfort food; ham and potato croquettes (very moreish) and a very intense cheese on a rice and seed cracker. Two further cylinders and crispy turmeric crispy noodles completed the savoury bites.There’s a lovely touch of playfulness in each dish.

And so on to the sweet course. Two glasses of purple liquid (red cabbage!) arrived with two pink meringues. “Put them in the glass” instructed our waiter – they quickly dissolved and the drink turned red.

First churros with a intense chocolate dip in a frustratingly square pot meaning some of the chocolate got left behind.

Then a beautiful dessert – a light version of a trifle with elderflower jelly; Catalan cream – so much more tasty than creme brulee served with a crispy cinnamon cylinder and my favourite dish of all the passion fruit and lemon dessert that just burst in the mouth –  an astonishing hit of flavour.

Just one more bite left, a turon – Spanish nougat. We were sated.

Afternoon tea is a great alternative to an early supper and a great way to revive you after walking over town. Eating Spanish style was fun. It was inventive, fun and very tasty.

The bar where you eat tea is pleasant, but not memorable – all the more reason to focus on the food. Just one niggle, tea was brought and poured before our cocktail so was a little tepid,  but we did have a second pot!.

It’s definitely worth a visit. We’re going back for lunch next time!

Ametsa with Arzak Instruction afternoon tea is available every day between 2.30pm until 5:00pm, priced at £32 per person (or £36 per person with a glass of cava or Sipsmith cocktail).