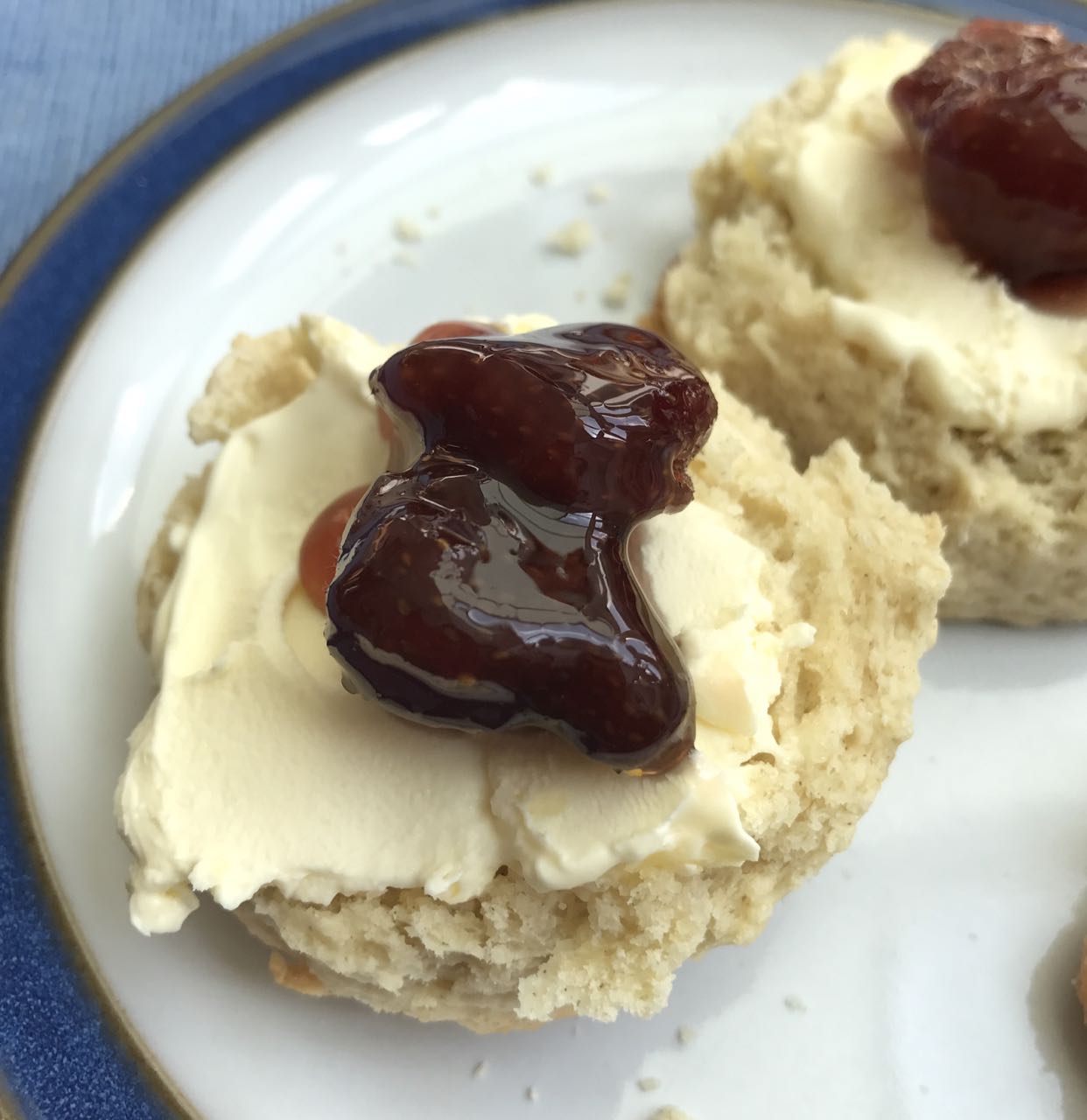 How better to celebrate with clotted cream? It’s an essential part of a true afternoon tea. Indeed, could it be authentic without it?

How to describe clotted cream to someone who has never tried it before? It’s a very thick cream, almost sticky in texture,  with a yellow crust and a slight tang on the palate.

There’s always a debate about cream or jam first on your scone. That’s for another day.

After piecing together manuscripts dating back to 1105 to mark the 900th anniversary of Tavistock abbey, historians discovered that the Abbey’s monks might have been the first to offer cream teas. After the abbey was established in the 10th century it plundered and badly damaged by marauding Vikings in 997AD. Ordulf, Earl of Devon took on the task of restoration helped by local workers. As a reward, the monks fed them with bread, clotted cream and strawberry preserves. The first Devon cream tea?

The blessings of clotted cream by Edward Capern, English poet.

“Sweeter than the odours borne on southern gales,
Comes the clotted nectar of my native vales
Crimped and golden crusted, rich beyond compare,
Food on which a goddess evermore would fare.
Burns may praise his haggis, Horace sing of wine,
Hunt his Hybla-honey, which he deemd divine,
But in the Elysium of the poet’s dream
Where is the delicious without Devon-cream
Edward Capern Born 1819.

Until recently, I’d never thought about how clotted cream was made. It was one of those luxuries bought in small pots, or laden on scones.

In 1796 William Marshall, in his book The Rural Economy of Western England instructed that fresh milk should be left in pans overnight to allow the cream to rise. It was then heated to just below boiling point (emphasising it was critical not to let it boil). The correct temperature was reached when tiny “pimples or blisters” started to appear on the surface. The cream was then cooled overnight for a yellow crust of clotted cream to form on its surface. This crust was then skimmed off and the remaining milk used in other recipes.

These days, there are perhaps simpler ways to make the cream. An article in the Daily Telegraph by Stephen Harris award-winning chef patron of the Sportsman, peaked my interest. I had to have a go!

After much experimentation, Stephen suggests that you bake your cream in an oven or use a bain marie. Another critical ingredient is unhomegenised cream. Homogenisation is the process of forcing milk through tiny holes at extreme pressure which breaks apart the fat globules. It is fairly easy to source. If you visit Stroud Farmers’ market, buy from Jess’s Ladies who also have many stockists in the locality.

I decided on the baked recipe was more achievable as you bake the cream at 75ºC for at least 12 hours. It’s often, however, not easy to achieve a constant low temperature unless you have an Aga. Our solution was to use the sous vide machine. I have the Sous Vide Supreme.

Baked Clotted Cream  Recipe (with thanks to Stephen Harris) 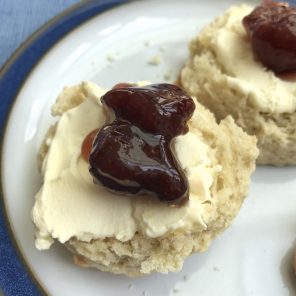 Danielle Ellis
This is an easy recipe but one that needs time. It's important to use unhomogenised milk. A sous vide will give you a constant temperature over a long period. You will need a shallow dish - ceramic is ideal.
Print Recipe Pin Recipe
Prep Time 10 mins
Cook Time 5 d
Total Time 5 d 10 mins
Course Dessert
Servings 8

Is is worth it?

The resulting cream is delicious. You might have to wait 18 hours, but there’s so little preparation. Go on give it a try!

You might well be thinking, it’s all too much faff for me or I am not in the United Kingdom. Rodda’s cream has PDO status and exports worldwide.

1 thought on “Clotted Cream a must for Afternoon Tea”