There cannot be many breweries that have a view that the aptly named Hillside Brewery enjoys – it is gorgeous. The Forest of Dean is close by. The location has a very important asset, its own water from a bore hole.

What a view from Hillside Brewery

We were invited to discover Hillside Brewery by director Paul Williamson. It is a family run business and all are self confessed “beer geeks”. Their description, not mine!

Having waited for the rest of the people on the tour who had apparently stopped at a pub beforehand (!), the afternoon began. We were treated to copious samples of their core range of beers and a fascinating insight into all the important elements that make a great pint.

Before we visited the labelling room, the brewery and where the bottles are aged, Paul got us to sniff and smell each beer.

Could we smell spicy or citrusy flavours? Or honey and cedar? Were there notes of chocolate? Could we guess the ABV – how much alcohol is contained in a given volume? Then the taste. Was it bitter or more mellow? Did the hue of the beer reflect in the taste?

We chewed on samples of the malt used in the beers. The darkest, the chocolate malt, had the flavour of well done toasted, the amber malt the flavour of a good bread crust.

We crushed hops and breathed in the citrusy flavours and learnt that due to the rise in craft brewing hops are becoming more and more difficult to get hold of.

Malted barley, so sweet to taste

We learnt how important water is to the brew – after all it forms 95% of what we drink. At Hillside, the bore hole is tested twice a year all part of their mission to ensure consistency.

The hops make all the difference to the beer, this one is British

And perhaps most importantly, we learnt the health benefits of beer. Not all beer, but beer that is cask conditioned or bottle aged as at Hillside Brewery. It’s full of natural anti-oxidants, niacin, vitamin B, polyphenols, probiotics and 10% soluble fibre we were told.

Time went too fast – always the way when you are having fun. We had drunk our way through samples of:

A full flavoured beer which surprisingly has a 2.7% ABV made with some experimental hops.

This had hints of caramel, biscuit Ã‚Â and orange and was less bitter than the first beer

Citrusy, with a lovely balance of flavours – an every day brew.Ã‚Â All spent grain goes to the local cows – hence the name! A particularly drinkable beer.

Darker in appearance, but not as heavy as a porter. A lighter dark beer.

An almost savoury flavour. Great for cooking with if you can get your hands on it before someone drinks it! Possible our favourite. 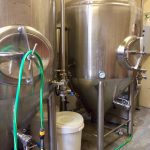 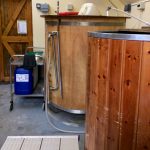 Production is currently 2 to 3,000 litres per week. Demand is keen so they hope to increase to 4,000 litres a week shortly. Outlets tend to be within about one hour drive – some stocking barrels others bottles.

Hillside are cleverly thinking of entertaining their audience. Whilst you can take the standard brewery tour from Ã‚Â£15, you can make a day of it and include either an Indian cookery lesson at nearby Hart Barn, Archery or even Battlesports (laser combat). Plans are well advanced for a Beer Festival in May too. Or simply attend one of their Food and Beer Pairing evenings.

British Hops at their best

Beer and Cheese are not the perfect pairing 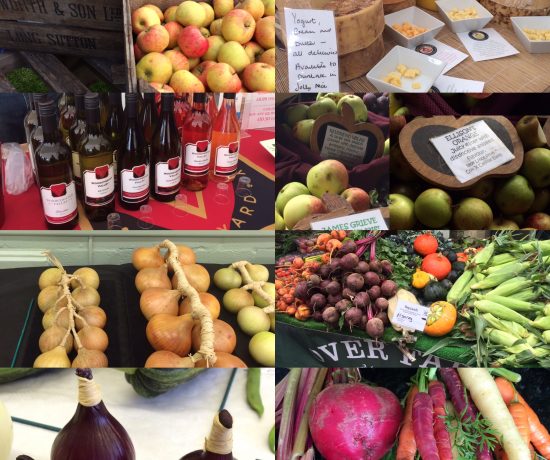