Beer and Cheese are not the perfect pairing

Challenging the idea that cheese should be paired with beer

When asked, most people would say that beer and cheese are the perfect match. But are they? At Stroud Brewery, Tim Maddams, chef and author of the River Cottage Game A to Z and Steve Lamb, author of the Dairy and Cheese Handbook  challenged our perceptions.

Stroud Brewery is one of a small handful of breweries that are completely organic. Many of their beers are vegan friendly. They use barley grown in the Cotswolds and malted Warminster Maltings in Wiltshire. They also make exceeding good beer. I was at the brewery for the launch of their new brewery and venue, just a stone’s throw from their original location.

Greg Pilley showing the malt used at the brewery

That location is significant, in that Edwin Beard Budding who invented the lawn mower in 1830 in the very building they used to inhabit. Budding was inspired after seeing a machine in a local cloth mill which used a cutting cylinder (or bladed reel) mounted on a bench to trim cloth to make a smooth finish after weaving. Stroud Brewery’s first and still most popular beer is named Budding.

In depth discussions as to which foods matched the beers

Tim and Steve set us a challenge

Rather than thinking about a finished dish, Tim and Steve made a long list of ingredients that might go well with beer. These were whittled down to about twenty foods/ingredients which had the potential to match the beers. With four beers to ‘match’ with the foods, they quickly realised that the most obvious pairings such as beer and cheese together didn’t actually work. So they set the participants a challenge. Emphasising that there was no right or wrong, they asked us to sip the beers and try the foods.

We had four beers from Stroud Brewery: Budding, Tom Long, S’Wheat and a Cherry Stout Schwarzwalder. Incidentally the Tom Long story is interesting in its own right. He may or may not have been a Highwayman and a signpost on Minchinhampton common named after him.

Taking a sip of each beer, we headed to the table and tasted the ingredients. Some foods enhanced the beers, others made the flavours dull others just screamed don’t every eat these together again! The cheese definitely did not go well with the Budding. It became curiously flat tasting. My choice of best pairing for this beer was coriander seeds. They went together perfectly.

Tom Long beer’s flavour is beautifully rounded. I was surprised how well the cashew nut butter went with it.

Of the four, the S’Wheat  was probably the hardest to match as the most bitter. Sumac, which has citrusy tones was the best match.

And so on to the Cherry Porter Schwarzwalder. The obvious pairing would be dark chocolate, but that had failed to reach Tim and Steve’s shortlist. My choice was the black pudding.

The two chefs presented two canapés made with ingredients they felt worked well with the Budding (a lovely rustic pate) and Tom Long (spiced carrot pate) insisting it was still work in progress.

If found it an exciting way to experience beer. It certainly opens up a whole new set of flavours to cook with and serve with beer. Whilst many agreed on best matches, others fought hard to suggest their favourite combinations. Who needs wine pairings? Beer pairing are the way to go.

Organic beer producer, Stroud Brewery have officially their new brewery. The purpose-built building which cost 1.9million, has been designed to accommodate the organic brewery’s growing needs as they move closer to their long-term goal of becoming a nationally recognised organic brewery in the UK.

Managing Director, Greg Pilley commented “This is a significant development for Stroud Brewery which provides us with the platform to further grow our business. There is a growing respect for our ethos and our range of organic beers that are now recognised nationally. When we first started talking about this project sustainability was at the core of the brief, allowing long term investment in improving our efficiencies and providing a brewery with a strong identity, that would be a vibrant community space and a visitor destination.”

An important aspect to the build has been the taproom, which is known locally as ‘The Stroud Brewery Bar’. The taproom is a firm favourite in the area and it is a buzzing centre of the community. Customers get the chance to sample the full range of available beers, enjoy live music and a sourdough pizza fresh from the wood-fired oven.

I’m a big fan of Stroud Brewery, their range of beers is always interesting and innovative – visit soon! If you’re not near Stroud in Gloucestershire, you can purchase Stroud Brewery Beers on line in dozens.

Thanks to Stroud Brewery for use of the photographs taken by Martin Phelps. 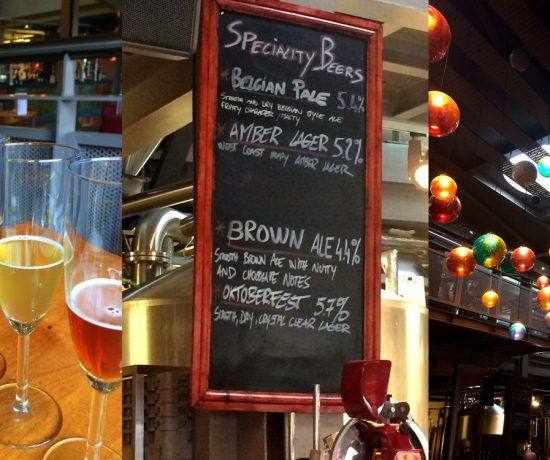 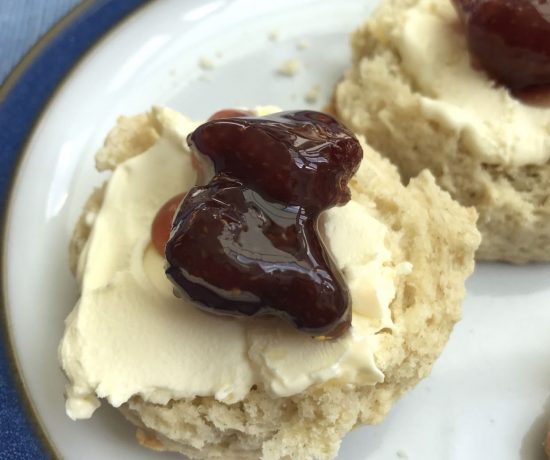 Clotted Cream a must for Afternoon Tea

How do you take your milk? In bottles or plastic cartons?