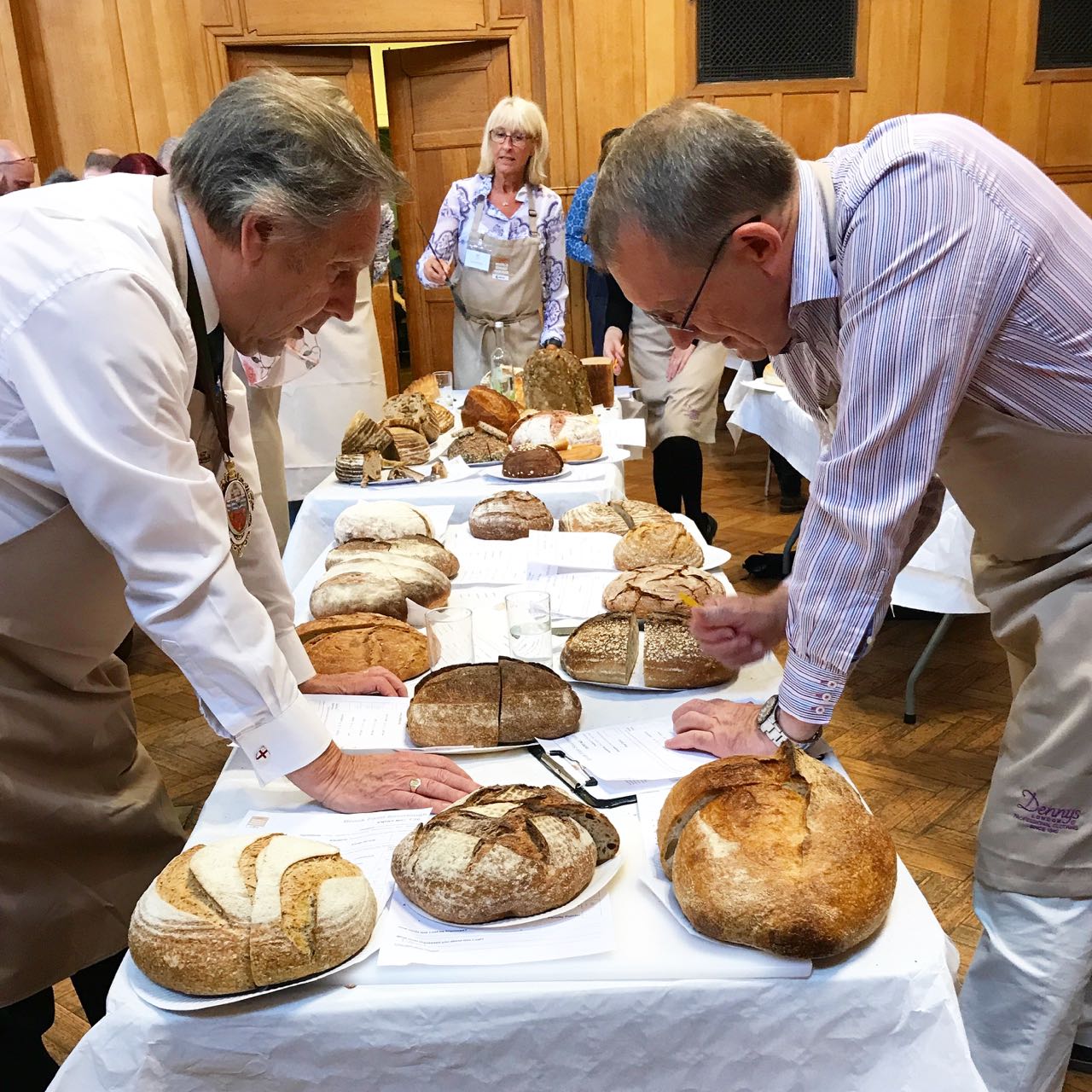 Judging in the World Bread Awards

Imagine this, close to 600 bakers, both professional and amateur sending their very best loaves down to London. Loaves that have to be delivered by 1 pm on judging day.  It’s quite a challenge for the baker, who unless is within easy reach of London and can deliver personally, has to put faith into Royal Mail or a courier to deliver in tie.

Each year World Bread Awards attracts a record number of entries. The Awards are sponsored by Tiptree (jam to go on the bread, of course) and Brook Foods (who sell means of making and baking the bread).  Category sponsors included Shipton Mill for the Real Bread Campaign, Matthews Cotswold Flour and Carr’s Flour (Baguettes) with support from many other companies.

My first experience of the 2015 Awards was not the best, as the postman decided not to deliver my parcel until the end of his run. Too late to meet the deadline despite paying for special delivery!

In 2016 I entered the Speciality – sweet category. I was leaving nothing to chance, I hand delivered my entry and was thrilled to be awarded a Bronze award.

In 2017 I was honoured to join the team of judges for the first time. I am looking forward to judging in 2019 too.

We were asked to arrive by 12:30. At that time, most of the breads had been sorted and placed in categories for judging.  Later armed with a “demo” loaf all the judges received tuition from Steven Hallam (Mr Melton Mowbray Pies) on how to judge the loaves. Then we were off!

I judged the Home Bakers – Open category with 3 other judges Dipna Anand, Jack Humphries and Sue McMahon. Whereas some categories had loaves of all the same type such as sourdough, we had a delightfully varied class including both sweet and savoury breads.

We split in to two pairs and once judged we reviewed the highest scoring loaves. Interestingly, these were ones identified as most visually appealing at the start. We judged on appearance, baking, crumb softness and resilience, crumb texture and taste and flavour.

Each bread was identified by a number only, so we know the winning bread in our category, but at this stage have no idea who baked it! (It was a rather wonderful brioche). Roll on 17 October when the winners are announced.

Tips for your entry

My suggestion, when you enter, is to submit your breads into categories such as sweet dough, flat bread, malt or baguettes where there were fewer entries (and more chance to win of course). The sourdough category probably received the most entries.

The best loaves were simple without too many different flavours or complicated shapes.

A great day all round

On a personal level, it was an amazing day. It’s always wonderful to chat bread with other like minded people. I got to meet a fair smattering of previous Great British Bake Off contestants who were there to judge too.

It was fascinating to see the wonderful breads in other categories and reading comments made by the judges. Always something to learn! Each judge was asked to comment on something that was particularly good about the bread and also to make suggestions on how the baker could make their submission better.