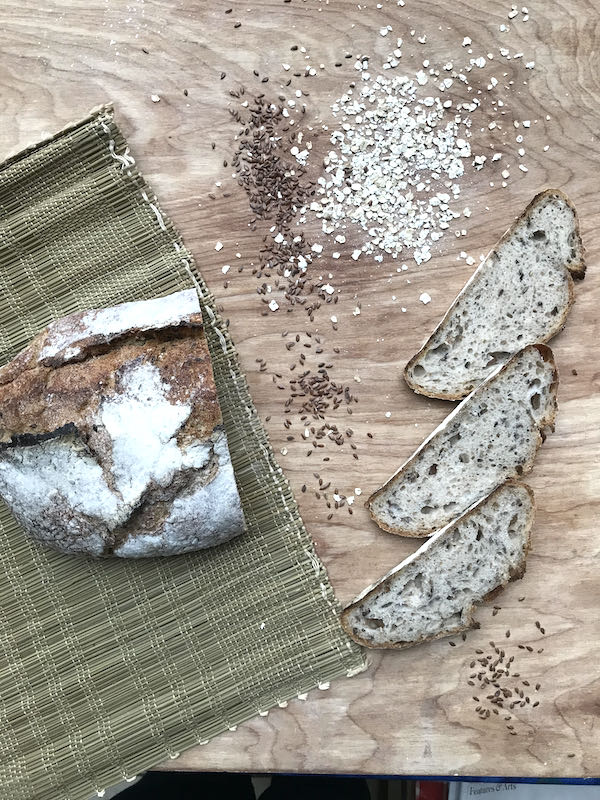 Is salt important in breadmaking? Yes!

According to some reports, of all the foods we eat, bread has the highest level of salt. This is due to the the volume of bread we eat rather than it containing a higher percentage of salt than other foods

Whilst supermarkets have reduced salt across many products over the last 4 years, some well known brands are doing little. Warburton’s crumpets have the most salt of any on the market with not far off a gram of salt per crumpet – 55% more than the brand with the lowest amount of salt on the market. So check what you buy!

Avoiding processed foods is the easiest way to instantly reduce the amount of salt we eat.

We all need some salt in our diets

The NHS states that adults should eat no more than 6g of salt a day (2.4g sodium) – that’s around 1 teaspoon. We’re generally eating more.

Why is salt in bread important?

The “Dictionnaire Universel du Pain” is my go to reference for this. Salt is important in your bread dough.

Flavour is probably the first reason that comes to mind: Bread without salt will be bland and flavourless but salt also:

How much salt does bread dough need?

Depending on where you are in the world, there may or may not be regulations as to the amount of salt added in the breadmaking process.

This is not so easy to work out. The percentage of salt in this case will very much vary on the level of hydration (water content) of the dough, how long it is baked for and how much liquid is lost during baking. It probably equates around 1.3 to 1.5% of flour weight

Does the type of salt make a difference?

You might be wondering what the difference is between all the salts available on the market. In reality all salts have very similar sodium content (saltiness). Some may have very small levels of micronutrients and some may have larger crystals and easier to use; using a salt like pink Himalayan salt may make it easier to see in your initial mix.

You may wish to avoid some permitted additives such as anti-caking agents, but otherwise the salt you use is a personal choice. I use Sel de Guerande which has large crystals and is easy to mix.

Why you need to add salt to bread (the technical bit)

We do need to add some salt in bread. If you’ve ever forgotten to add salt to your dough, you’ll end up with a sticky, elastic mess that is very hard to manage. It may take a while to dawn on you just why the dough is not coming together as you wish. In a way, you almost need to forget the salt to see what your dough is like without. You’ll (hopefully) never forget it again. You also need to use enough salt. Cutting it down to 15 gr per kilo is great, 2 gr per kilo and you just won’t get good bread

Do I need to separate yeast and salt?

If you’re going to mix your dough immediately, putting the salt on top of the yeast is unlikely to make a difference. If you leave it for a few minutes, it will start to destroy the yeast. So I’d suggest good practice it to keep it separate!

It is fascinating to note how the amount of salt added to bread has increased over the centuries. In France at the end of the 18th century after the salt tax was removed,  the amount of salt used was 0.45 to 0.6% of the flour weight. Up to the mid-1950s the salt used fluctuated from 0.8 to 1% in the North and East of France and 1.7% elsewhere including Paris and the South. By 1960, the percentage had reached 2.2%.

The amount of salt used increased as the industrial processing of bread grew even before the Chorleywood Process. It was used to ‘tighten’ the bread up to compensate for the ‘brutality’ of the mechanical processing. Higher levels of salt were also used to compensate for the loss of natural flavour in the bread due to the degradation of the carotenoid pigments and enzymes in the industrial process and also the shortened fermentation time.

This vicious circle also meant that the amount of yeast was increased to compensate for the shortened process time not allowing the salt little time to do its job.

How can I reduce the amount of salt in my dough?

For bakers interested in reducing the amount of salt, it is going to be a matter of experimenting. The less salt added, the more difficult it might become to create an acceptable dough. It is getting the balance right. I’d suggest reducing the amount gradually and noting the effect. 1.3 to 1.5% seems to work well e.g. 13 gr to 15 gr per kilo of flour.

Check out my Bake Better Bread series created to share tips and techniques.