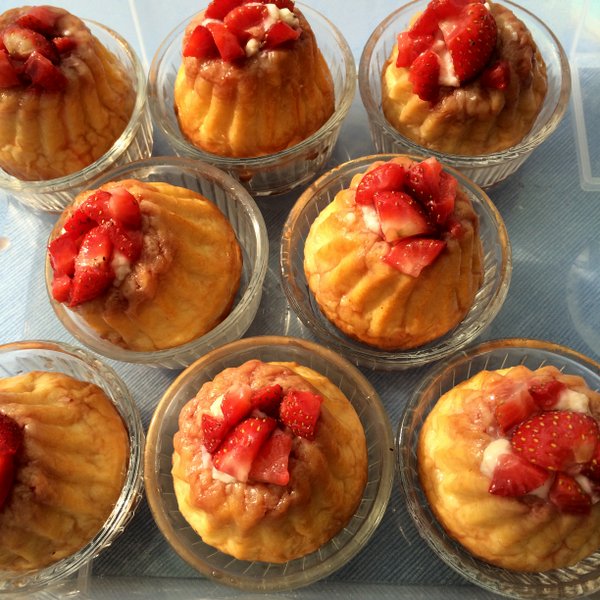 She struggled into the packed room clutching a very large white box. “I don’t know what happened” she said. “I ended up making 3 cakes”. She opens the lid to reveal a beautiful towering cake which later proves to have no less than six layers.

There are sixteen of us squeezed into a very pleasant room at the back of Peppers Cafe in Gloucester. We were given the theme last month, but the secret location was communicated by our organiser Julia,  just a few days before. This is the Clandestine Cake Club. Today there are 180 such local clubs not only in the United Kingdom but worldwide and as far away as New Zealand with more than 16,000 members. The clubs are the brainchild of Lynn Hill who around 5 years ago set up a secret cake club in her home town of Leeds.

The clubs are very inclusive. There’s no judgement on the cakes, few rules (except no cupcakes) and participants freely give each other advice. The youngest member of the Gloucester club is just 10. She attends with her granny. She dreams up an idea then bakes it at her granny’s house.

With 10 cakes on offer, it would be difficult to do them all justice. So we all take a small slice. At the end of the afternoon, we take a piece of each home in the box we’ve brought with us!

Bread is my thing and I particularly love making sweet doughs. Our theme was berries. What could I make?

I turned to Fou de Patisserie for ideas. If you read French, this publication is an absolute must if you like patisserie. Every two months, France’s finest patissiers and bakers share their creations. Some recipes are shown step-by-step, and there are plenty of tips for successful bakes. However, there is no concessions. These are top notch creations often with a very long lists of ingredients.

The babas caught my eye. Not just rum babas, but ones flavoured with plums, strawberries and event chestnuts. I was hooked! The fact that I’d not made a baba before didn’t put me off. Try anything once!

The original rum baba was said to have been invented in 1730 in rue Montorgeuil by Nicholas Stohrer who was patissier to Stanislas the 1st, King of Poland. He was said to have invented the recipe to rescue a mix that was far too dry.

This is my interpretation of the French recipe which was devised by Guy Krenzer of Lenotre. You do need a bit of patience with this one. Leave yourself plenty of time. 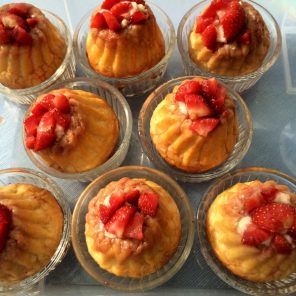 Danielle Ellis
This will make 10 x 50 gr individual babas. You really do need a stand mixer eg Kenwood to make this.  I used silicon moulds - you could use a muffin tin for a non-traditional look. You can also double the recipe and make one large baba. Fill with whipped cream or creme patissiere. Blackberries would make a great substitute for the strawberries. If possible make the syrup the night before.
Print Recipe Pin Recipe
Prep Time 4 hrs
Cook Time 15 mins
Total Time 4 hrs 15 mins
Course Dessert
Cuisine French
Servings 10

Making time will depend on whether you leave the dough overnight in a cold refrigerator
Tried this recipe?Mention @Breadbakerdani or tag #SevernBitesBreadmaking!

Fou de Patisserie is issued as a print magazine and as an App. I have the IPad app – a more cost effective way of subscribing if you are not in France!