A Victorian Christmas: Furmenty and Snapdragon

We have the Victorians to thank for many of our Christmas traditions but thank goodness some of them are not followed today.

For a recent Victorian themed Christmas party, each guest was asked to dress up and do a “turn”. Dressing up was no problem, we had fun discovering all the costumes a local dramatic group had to offer. But a “turn”? I was nervous about this bit. I wasn’t up to reciting a poem or god forbid singing, so something foodie would have to do.

I came across “A Tale of Christmas Eve” by Juliana Horatia Ewing published in 1870 that got me intrigued. Follow the link to read the whole story.

A Tale of Christmas Eve

IN the course of a few hours Mr. and Mrs. Skratdj recovered their equanimity. The punch was brewed in a jug, and tasted quite as good as usual. The evening was very lively. There were a Christmas tree, Yule cakes, log, and candles, furmety, and snap-dragon after supper. When the company were tired of the tree, and had gained an appetite by the hard exercise of stretching to high branches, blowing out “dangerous” tapers, and cutting ribbon and pack-thread in all directions, supper came, with its welcome cakes, and furmety, and punch. And when furmety somewhat palled upon the taste (and it must be admitted to boast more sentiment than flavour as a Christmas dish), the Yule candles were blown out and both the spirits and the palates of the party were stimulated by the mysterious and pungent pleasures of snap-dragon.

Then, as the hot-tempered gentleman warmed his coat-tails at the Yule log, a grim smile stole over his features as he listened to the sounds in the room. In the darkness the blue flames leaped and danced, the raisins were snapped and snatched from hand to hand, scattering fragments of flame hither and thither. The children shouted as the fiery sweetmeats burnt away the mawkish taste of the furmety.

So what was furmety and this curious snapdragon game?

For snapdragon, raisins were soaked in brandy or rum, then set alight. The “game” was to grab the raisins from the fire whilst it burned! My goodness how dangerous! It gets a mention in Alice Through the Looking Glass. “Look on the branch above your head” said the Gnat “and there you’ll find a snap-dragon-fly. Its wings of holly leaves and its head is a raisin burning in brandy.” What does it live on? (asked Alice) “Frumenty and mincepies” the gnat replied. You might have seen this game on the BBC programme Sweet Makers at Christmas. It is well worth viewing. 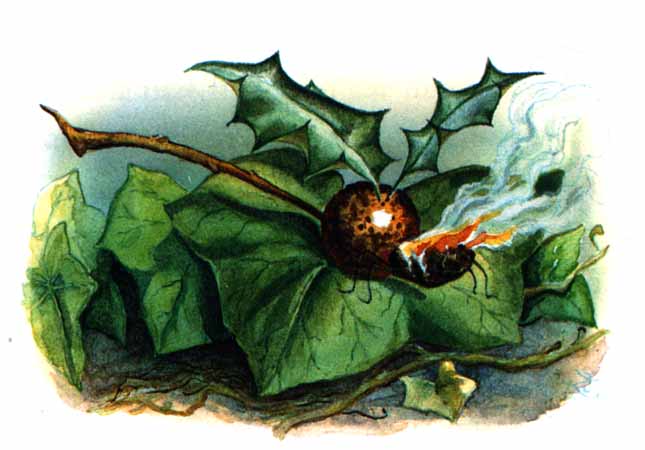 Furmety is spelt many ways including frumenty and furmenty  (based on the Latin for grain). It turns out its origins are far older than Victorian times. It’s a type of wheat porridge that could served with either sweet or savoury dishes. The recipe below suggests it is served with venison or mutton. 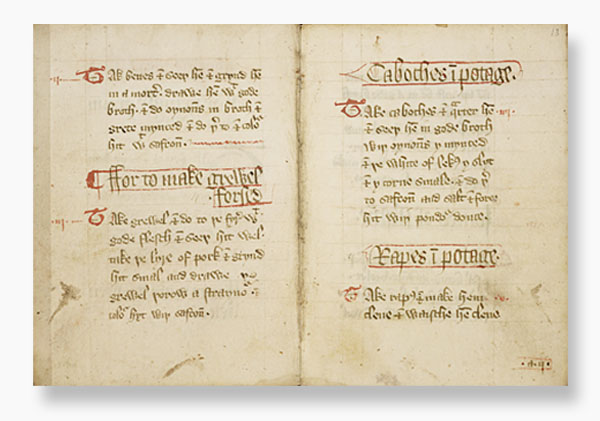 The Forme of Curry manuscript with recipes for potage

FOR TO MAKE FURMENTY. Nym clene Wete and bray it in a morter wel that the holys gon al of and seyt yt til it breste and nym yt up. and lat it kele and nym fayre fresch broth and swete mylk of Almandys or swete mylk of kyne and temper yt al. and nym the yolkys of eyryn. boyle it a lityl and set yt adoun and messe yt forthe wyth fat venyson and fresh moton.

If you say the words outloud above it’s a little easier to decipher! The Forme of Cury is the oldest instructional cookery book dating to between 1377 and 1399.

So having read various versions, I set out to make the furmenty. On the night, I read the passage above and got the 30 ladies present to have a taste. All agreed it was “better than they thought” and “more like rice pudding than porridge”. So rather than the taste being “mawkish” (over sweet) it was declared a tasty dish.

This is an ideal dish for breakfast on a cold morning. It’s great tasting and will keep you full until lunch time! 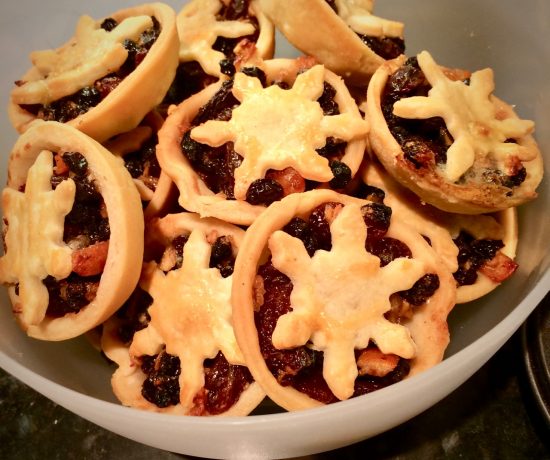 The Christmas Tag- What I love about Christmas