When you were little, did you know what you wanted to be when you grew up? I wanted to be a fashion designer, so you know that that didn’t work out! I’d guess that very few of us have ended up doing the very job they dreamed of.

The making of a master patissier

Meet Laurian Veaudour, owner of Cocorico Patisserie in Cardiff. His face may look familiar, he took part inBake Off: Professionals in 2017 and was runner up. 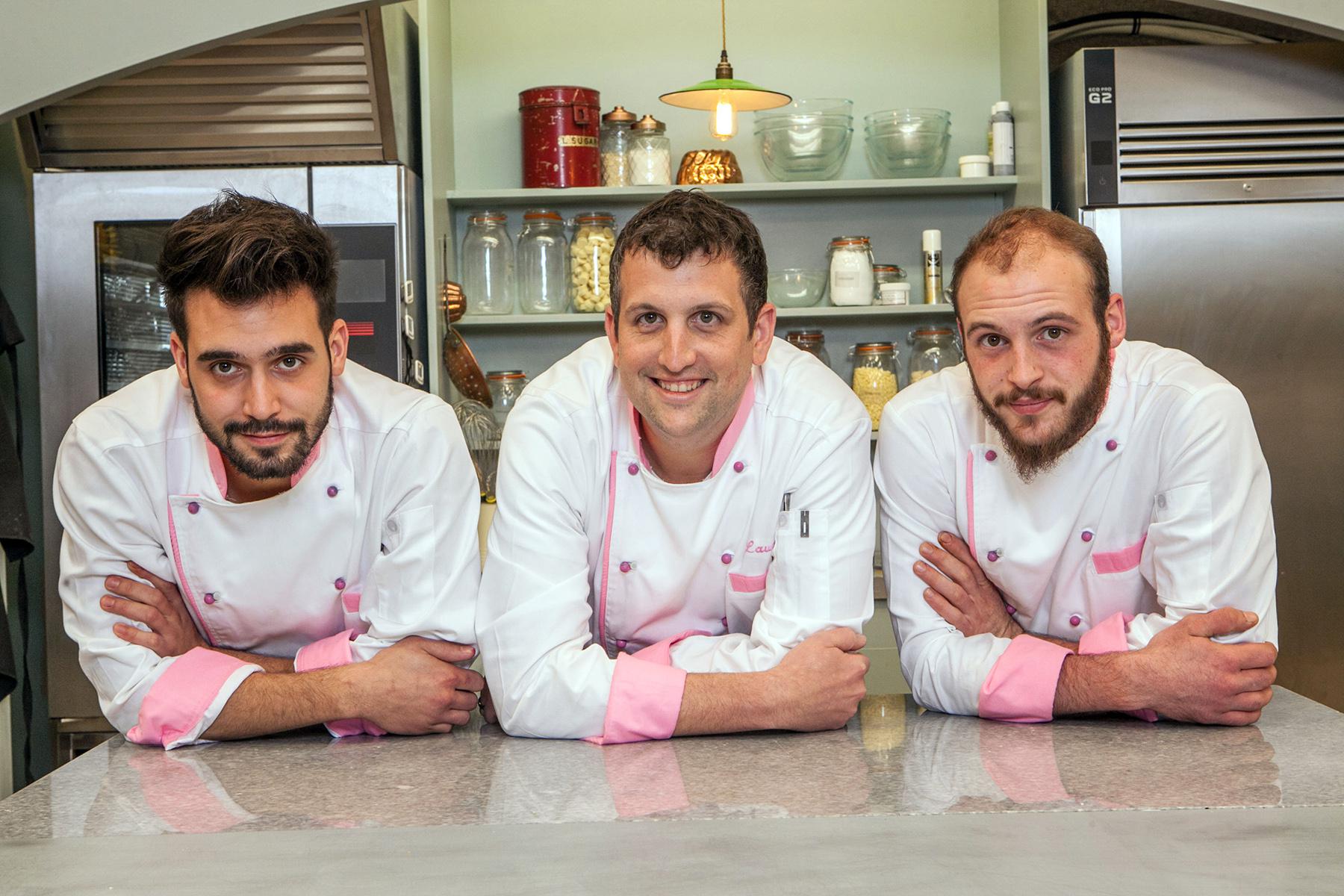 Laurian Veaudour and his team

Laurian grew up in a small town in France, Suze de la Rousse. When he was 5, his class visited one of the bakeries and Laurian was absolutely entranced, everything he saw was magical. He knew immediately that when he grew up he wanted to work in a bakery. Laurian went on to study at a catering college in Tain-l’Hermitage. He then took a patisserie apprenticeship where he was named as the best apprentice in France. After that, he rounded his training off with an apprenticeship in bread.

When I was training, there were certain techniques I found it hard to master. I asked Laurian if there was anything that he had found difficult. “No, not really” he replied, “I am lucky,  I have a certain gift and everything came easily to me”.

After all the training, it was time for Laurian to leave France and try something new. He arrived in Cardiff and has never looked back. After working in several different restaurants, in 2010 he opened the Cocorico Patisserie (Cocorico is the French word for a cockerel’s call or ‘wake up’). Importantly, that is where he met his wife Elaine. They now have two children.

It was, and is, the only patisserie in Cardiff. Laurian explains that being the sole such place is both positive and negative. It is difficult for some people to appreciate all the work that goes into the cakes and the high quality of ingredients used. They might unfortunately compare it with what you might buy in a supermarket or Greggs apparently! With no other ‘real’ patisserie, there is nothing to compare it to. But they receive huge support and are going from strength to strength.

I was keen to know more about taking part in the Great British Bake Off “Creme de la Creme” now named Bake Off: Professionals. This is a competition for teams of professional patissiers who are set challenges by two judges Cherish Finden and Benoit Blin. These are extremely challenging. The judges are critical, expecting the very highest level of expertise.

Over a period of 12 weeks in 2017, the teams would arrive each Friday, and film on Saturday and Sunday, then practice for the following week, at the same time as running their own businesses.

Laurian found the experience tough, but thrived on the challenges. He explains that it really pushed himself and his team to perfect their considerable skills further. And of course, reaching the finals raised Cocorico’s profile – an added bonus! (Watch this clip of the final)

You may have noted how many participants in the competition are French, which is a testament to the training an apprentice patissier receives in France.

Laurian at the Abergavenny Food Festival

I met Laurian at the Abergavenny Food Festival, where he shared 5 recipes with us. We each had a plate of exquisite mini-patisserie. He described in detail how to make each one as we savoured each bite. His recipes are based on the classics with lovely light touches.

Who could not be seduced by a pink grapefruit and gin “meringue pie” or a chocolate tart that has more filling than pastry? The tart with the raspberry on top has an unbelievably smooth flan and bavaroise filling. The poire caramel has a stripy joconde sponge with a bavaroise filling.

He’s very kindly agreed to share the recipe for the choux bun below.  His method uses a stand mixer to add the eggs. This was a new technique to me that I found easy to follow and also cooking the choux longer at a low temperature. Laurian is currently working on a book, due out next year, which will feature more of his delicious creations.

Danielle Ellis
There are many different versions of creme patissiere. This is the one I learnt at Ecole Banette. Do use whole milk rather than any other type. Once it is cooked, cool quickly and store until needed.
Print Recipe Pin Recipe
Prep Time 15 mins
Course Afternoon Tea, Dessert
Cuisine French
Servings 750 millilitres

A joconde sponge is a almond flavoured sponge cake.
Bavarois is a similar mixture to creme patissiere but has gelatin and sometimes alcohol added.Print Recipe 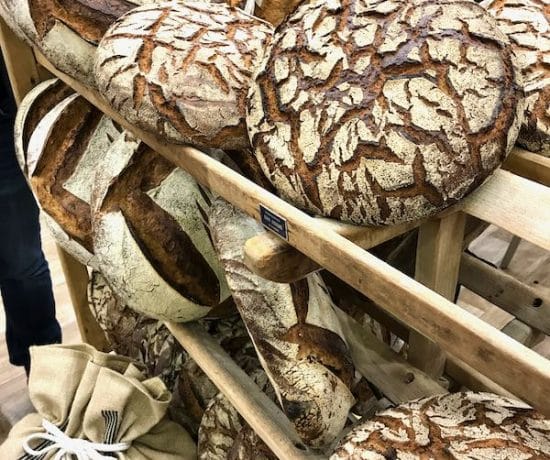 A visit to Europain Paris