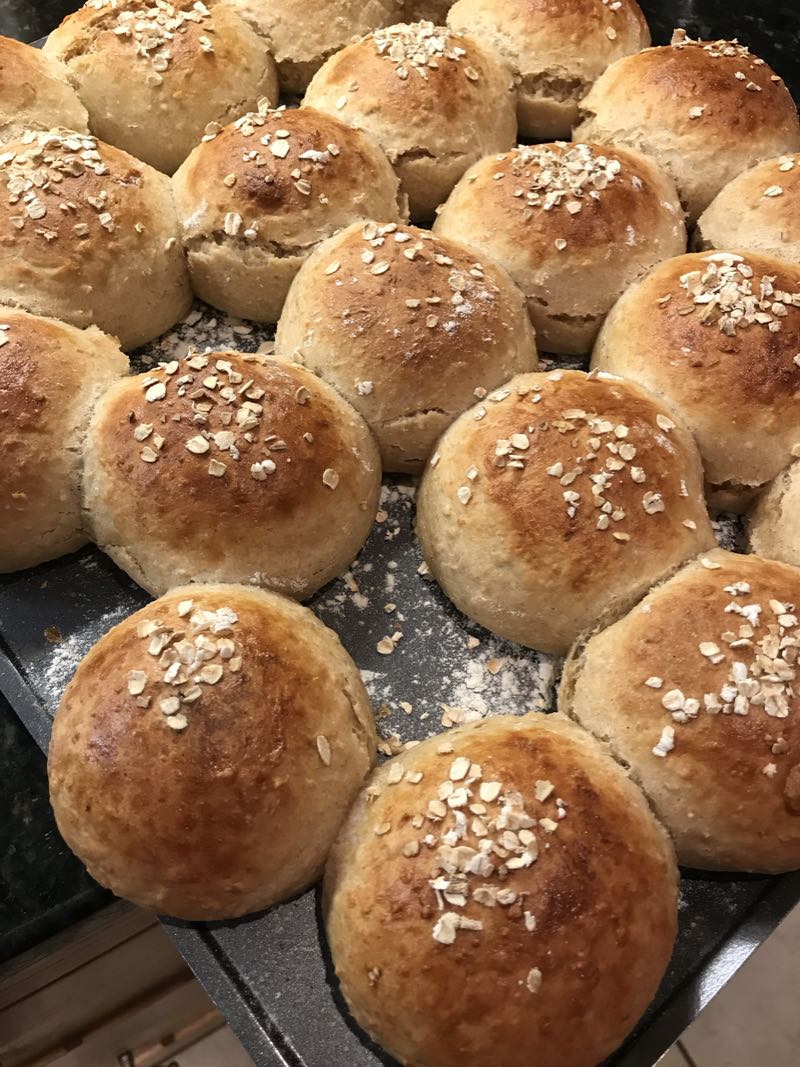 Do you delight in eating porridge for breakfast? Or would you rather stick to bread?

No need to choose,  bake and eat Lena’s Swedish Porridge Bread instead.

I met Lena at an Airbnb in Abergavenny. She and her husband had just driven round the coast of Ireland and were on their way back to Sweden via Wales. We got chatting and she mentioned she ran a cafe for 8 years and then a B&B for a further 8 years in Sweden. One of the most popular breads was porridge bread. Of course I asked for her recipe.

I discovered that this porridge bread is eaten at any time of day and suits both sweet and savoury toppings. It’s incredibly light and very moreish.

Porridge bread is very popular at the moment. Lena’s version includes milk and butter and ljus sirap, a light sugar syrup. According to the manufacturer DanSukker “Sirap has some functional advantages, it promotes the fermentation of bread, gives a nice crust on the bread, and makes the breads more moist, juicy and keeps fresh longer”. In the UK, our closest equivalent is Golden Syrup.

Do use porridge oats rather than any other variety of oatmeal. After some trial and error using oats in other breads, I like to use Mornflakes Superfast Oats (the oats are carefully cut into three before rolling. The smaller oat flakes absorb the water or milk quicker).

I’ve adapted the original recipe a little. You’ll find Lena’s bread rolls are easy to make, but do keep an eye on the porridge when you are cooking it as it burns easily. I’ve added baker’s percentages so that you can scale the recipe up or down. You’ll make approximately twenty 80 gr buns. You could of course, also make bread loaves but you’ll need to bake longer 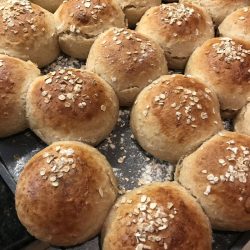 Danielle Ellis
These porridge bread rolls are light and delicious and are perfect for any time of day. They last well, but I am sure they'll get eaten before you have time to find out! This quantity makes about twenty five 80 gram rolls - you can easily half the recipe. The amount of liquid needed will vary depending on the oats you use.
Print Recipe Pin Recipe
Prep Time 1 hr
Cook Time 20 mins
Course Breakfast, dinner, lunch
Cuisine Scandinavian, Swedish
Servings 25 rolls